To say I was not a joiner is an understatement-especially when it had to do with women's groups. No thank you. But that all changed about 20 years ago. 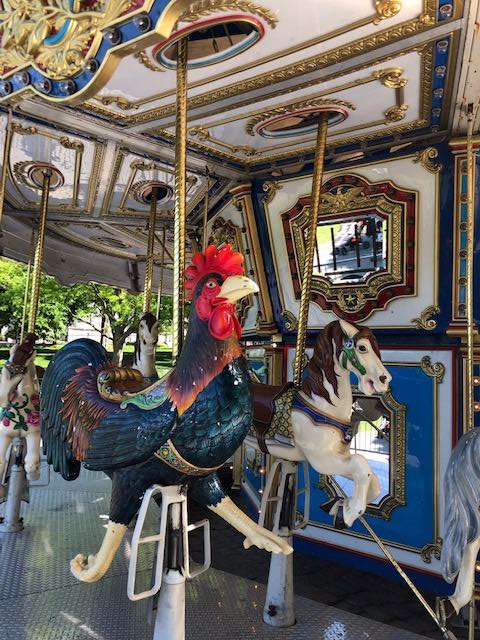 But first, from my front-row vantage point, l want to tell you a couple of great stories. Several years ago, right after I began leading a prayer meeting for homeless people in Long Beach, I saw the most amazing thing. Before we began praying for folks' needs in the basement of the old Friends Church, I always presented some scriptural truth for my friends. There were probably 60-70 people of various sorts assembled that morning, and I was in front, addressing my friends about the great love of God, when there was a huge racket right outside the room. Within seconds, many of us surrounded a woman who had entered the building, passed out and fell down the stairs. What I witnessed impacted me greatly.

The Duke of Earl1 was the first one to her, carefully picking up her bleeding head and supporting it with his massive left hand. Instantly, he began directing traffic with his right hand 'you call 911', 'hey, will you get her bicycle?' 'You grab her bags,' (two plastic grocery bags, probably all she owned in the world). "Now Chris-teeen, you pray for her."

The homeless community and me gathered around a familiar woman to make sure she got all of the help she needed; it moved me greatly.

You see, when community is mobilized, it can be a powerful force for good.

A few weeks back, whilst in Salt Lake City, Utah, I was invited to a Global Prayer Meeting. I envisioned what that might look like, having been involved in National Day of Prayer meetings, but I was wrong. Several hundred people gathered from many tribes, tongues and nations to join together in prayer, taking God at his word, that

'If my people, who are called by my name, will humble themselves and pray and seek my face and turn from their wicked ways,

then I will hear from heaven,

and I will forgive their sin and will heal their land.'2

I had never attended anything like it. As a minister to the Navajo peoples prayed in his native tongue with the prayer projected in English and a worship leader played a tribal tune on a wind instrument, we agreed with him in prayer. A young woman of Swedish descent prayed for Europe as a whole, and then we were invited to speak out the names of various European countries, and pray for the strength of believers, and that God would increase the number who know him and stand for him. 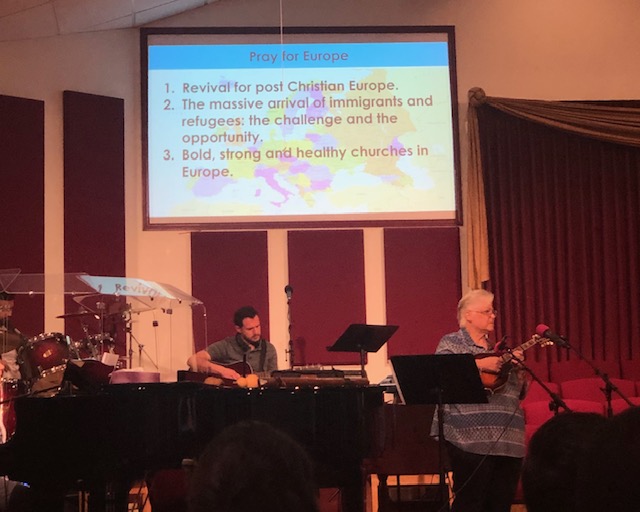 A woman from China prayed an emotional prayer for those in her country who are facing harsh persecution if caught practicing Christianity. (And once again, I thanked God for the freedom in the USA to worship God or read my Bible anywhere.  Friend, do you pray for your country - the USA or Nigeria or Israel, etc.? We must pray and never grow weary.)  An expressive choir from Sudan, dressed in colorful tribal attire, praised God in song, each one singing his and her heart out. 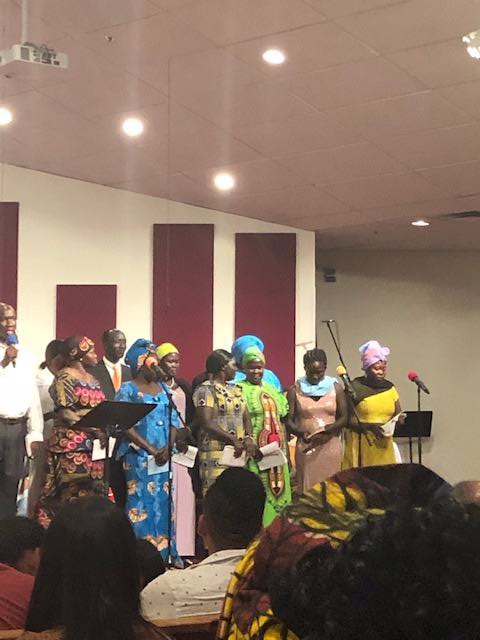 A teen-aged young woman from Utah prayed for the youth in America - that they would wake up and come to God, get to know him and walk with him. Besides these, there were folks representing Mexico, Burma, No Africa and the Middle East - all praying for people to come to know the God who created them, praying for peace in war-torn countries.

We ended by reaching across the aisles to hold hands and close in prayer. So powerful - we were one body. As I watched, listened and prayed, two thoughts occurred to me:

When you're in the kingdom of God,

You always have a place of belonging,

AND when you come together, Jesus is among you.

For where two or three gather in my name, there am I with them."3

And all those languages, different instruments and songs? Well, I think that is how Heaven is going to be, and it sure won't be boring. Never forget: "our citizenship is in heaven, and we eagerly await a Savior from there, the Lord Jesus Christ"4

Not a joiner? Perhaps you should reconsider. The last 20 years have been the most relational in all my life . . .

1 - Duke of Earl was Earl Carter, a Marine Vet who lived on the street in Long Beach and attended my prayer meetings. He had clearly been raised to know and revere the Word of God. He became my self-appointed bodyguard so that I could go and minister anywhere in Long Beach, which included leading meetings with known criminals, also going to the home of a Crip drug dealer; another time, to a psych ward . . . and so much more. After some time, I was able to navigate the VA system and got him into his own apartment.