With God, Nothing is Impossible!

click link below to listen to podcast:   https://www.pastorwoman.net/podcast/episode/199cf7d9/with-god-nothing-is-impossible-christmas-2019 Before you read the scripture passage, I want to set it up for you. Sometimes in life, we need for God to come and do the difficult-  God loves to do the difficult thing in our lives when we are trusting him. Sometimes we need God to do the impossible~ then he does . . . and he blows our minds. In this familiar story of Christmas, God does the difficult in Elizabeth's life - she is old, past child-bearing years, but always longed deeply for a child. God gives her that child... John.  We know him as John the Baptist. God speaks to Joseph through an angel to tell him that Mary is going to have a baby, but not just any baby, and he should marry her. Talk about difficult!  Yet he obeys God in the difficult. And then there's Mary, there's Jesus . . .  God does the impossible sending the perfect Son of God to be born of a virgin, Mary. Crazy, impossible, supernatural . . . only God. Take 5 minutes to read it - this is how it happened:

Now in the sixth month the angel Gabriel was sent by God to a city of Galilee named Nazareth, to a virgin betrothed to a man whose name was Joseph, of the house of David. The virgin's name was Mary. And having come in, the angel said to her, "Rejoice, highly favored one, the Lord is with you; blessed are you among women!" 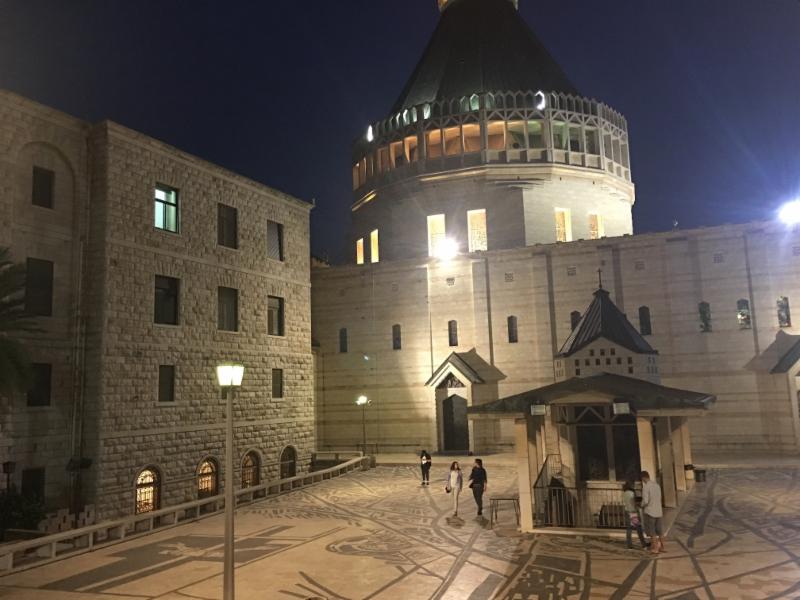 Nazareth - where the announcement took place 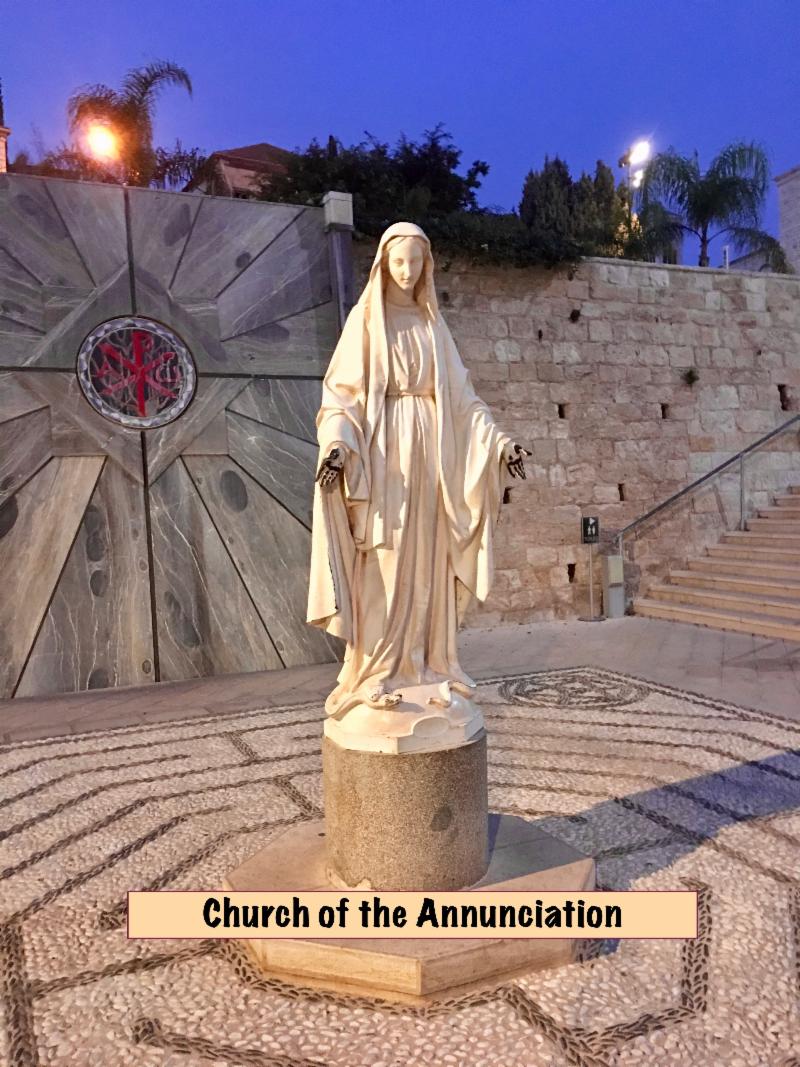 But when she saw him, she was troubled at his saying, and considered what manner of greeting this was.  Then the angel said to her, "Do not be afraid, Mary, for you have found favor with God.  And behold, you will conceive in your womb and bring forth a Son, and shall call His name JESUS. He will be great, and will be called the Son of the Highest; and the Lord God will give Him the throne of His father David. And He will reign over the house of Jacob forever, and of His kingdom there will be no end."

Then Mary said to the angel, "How can this be, since I do not know a man?"

Then Mary said, "Behold the maidservant of the Lord! Let it be to me according to your word." And the angel departed from her.  Luke 1.26-38

"Ave, Maria," the Latin term the angel Gabriel used meant "Greetings, Mary".  A young virgin, Mary, is told, 'you are going to have a son--a holy son--the one and only Son of God. You are highly esteemed by God, and this is how it will happen . . .

After asking, 'but how could this be?' Don't miss Mary's soulful response, "I am the Lord's servant, May it be to me as you have said." She was so very young, and already so full of faith, trusting God's goodness. She did not have many answers about what lay ahead, but the way was sure to be filled with difficulties. . . yet she believed. It reminds me of Jesus' later words, Blessed are those who have not seen and yet have believed.1   I wonder if I would have submitted as easily as Mary. . . would you?

Back to the announcement made to Mary of the Messiah's coming birth--this was to be the fulfillment of a prophecy written by the prophet Isaiah about 700 years earlier... seven hundred years!   "Therefore the Lord himself will give you a sign: the virgin will be with child and will give birth to a son, and will call him Immanuel."2  This was just one of 61 major prophecies about Jesus, which Jesus fulfilled to the letter. Jesus Christ's birth was miraculous; exact details had been revealed hundreds of years before, which is even more miraculous.

Soon after the miraculous announcement, 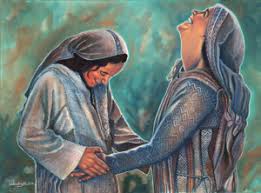 Mary traveled to the home of her cousin

Elizabeth in Judea, and stayed with her

until the birth of Elizabeth's baby, John.

Elizabeth offered Mary words of affirmation, "Blessed are you among women, and blessed is the child you will bear. . . Blessed is she who has believed that what the Lord has said to her will be accomplished!"3  Mary's heart was filled to overflowing with gratefulness, and she was moved to sing praises to God. How right, how good it is to praise God when we experience a touch of the divine.

After spending time with Elizabeth, and experiencing the birth of her nephew, (John-the-Baptist), Mary returned home. She was going to have to tell her family that she was expecting a child, though not just any child . . . how could they possibly get it?  Surely they would not believe her!  What difficulty and shame they would face in the little town of Nazareth. And how about Joseph--what would he have to say about the condition of his betrothed? He could have her stoned by Jewish law. But as Matthew records in his gospel, Joseph had also been visited by an angel in a dream, who told him not to be afraid "to take Mary as his wife, because what is conceived in her is from the Holy Spirit. She will give birth to a son, and you are to give him the name Jesus, because he will save his people from their sins." Joseph obeyed, and took Mary as his wife.

So, if truly nothing is impossible with God, with what do you need to trust him?  Though we have doubts, though there might be fears--like, 'what if I trust God to do this or that, and he doesn't come through?'  How would you be any worse off then, friend?  Why not TRY GOD? Maybe we can all be a lot more like Mary, and simply trust him. . .

Ave, Maria. We want to learn from your simple trust, and truly believe that NOTHING IS IMPOSSIBLE WITH GOD.