The Devoted: the heart of the matter

Second briefing on 'the devoted' after Brian Ivie and the Warriors.

Did you get your tickets for Emanuel?  June 17-19, https://emanuelmovie.com?

I first laid eyes on Melody Noel at a meeting in San Diego - a long-haired young brunette whose eyes fairly sparkled.  Once talking with her, I knew she was the one to lead our worship music for "She Smiles at the Future," our Fall women's conference.  Bringing an almost acoustic version of herself, I watched as words from this song shot straight to the heart of teen-aged girls, with women swiping tears as well:  "Mistakes"  https://www.youtube.com/watch?v=EW2PyuGjQZ4

This is for someone out there:

Seems that 'Christian' music used to be the ugly stepchild of rock/pop music in quality; my, how that has changed in recent years!  Melody Noel herself got her start in writing music in Hollywood, but God called her out to use her talent and training for him1.    (I am a big fan of 'But, God . . . '  Because God's ideas, God's orchestration of things is always better than my plans.)

Here's the question:  Why?  Why would anyone move from Hollywood, where there is money and influence, and into the Church . . . messy, difficult and often just as broken?  One word:  devotion.  Melody Noel felt the call of God and in obedience, she answered it.  Her unabashed devotion to Christ combined with her honest song-writing and beautiful voice are reaching our generation with fresh appeal. Check it out:  https://www.youtube.com/watch?v=t7s0p_aygoc

Honest, it is called. Can we all just admit that faith is sometimes hard?

So now I've written of three, dubbing them the devoted.  What prompts such a devotion . . . what is the heart of the matter?  Hmmm.

This text message I got from my daughter Amy, whilst in Boston a week or so ago, takes us to the core.  She had sent five-year-old Bennett's teacher a note thanking her for her influence (such a powerful concept!), in her son's life.

Look what the teacher wrote back:

"On the last day of school, I read the book Heaven by Anne Graham Lotz to my class to remind them that even though we might not see each other for a long time, there is a way that we can know for sure that we will see each other again in Heaven by accepting Jesus as our Savior. . .2

At the end of the book, there is a short rhyming prayer... later, Bennett asked if he could hear that prayer again. I got the book and called him over to my desk. (At this point, Eli joined us too. Very sweet) As I started to read the prayer, both boys with their hands folded tried to say the prayer with me out loud. But, since they didn't know the words, I suggested that they echo me. When we were done, Bennett asked if I would take a picture of the prayer and send it to you. ❤"

No wonder Jesus said we must become 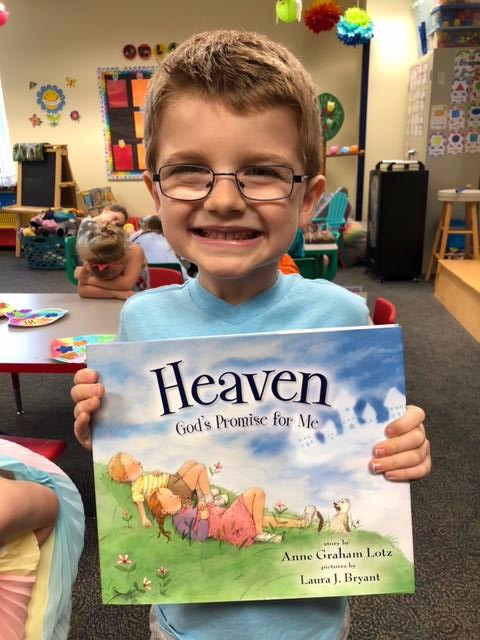 My Bennett!like little children, or we will never enter

And yet a little child understood enough

truth to know he wanted it; Jesus was for

him. And as for 'accepting Jesus as our

Savior', Paul describes that well in Romans 10, "For it is by believing in your heart that you are made right with God, and it is by openly declaring your faith that you are saved." 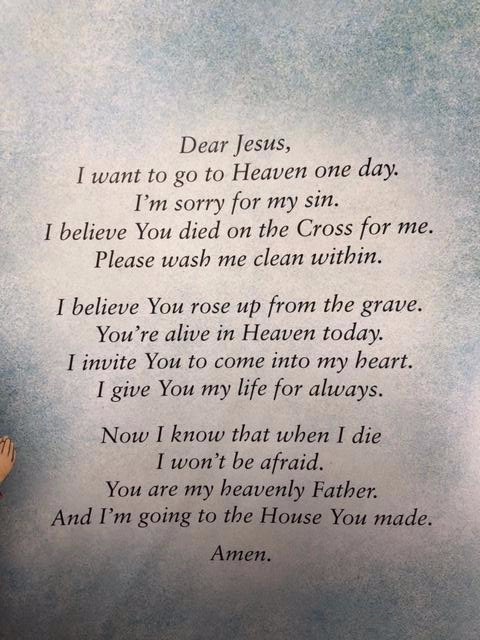 the prayer that says it all

Friends, the. greatest. hope. of. the. future. is. Godly devotion- particularly in the next generation.  I pray you have been inspired by these four devoted to God--Melody Noel, Bennett, Steph Curry and Brian Ivie.

Perhaps they will move you and me to become the devoted as well . . . sold out to the One who gives us life eternal.  "Let your heart therefore be wholly devoted to the Lord our God..."3

Let's be the devoted, the influencers for good,  for God ~

What do Christians believe? #3, final.